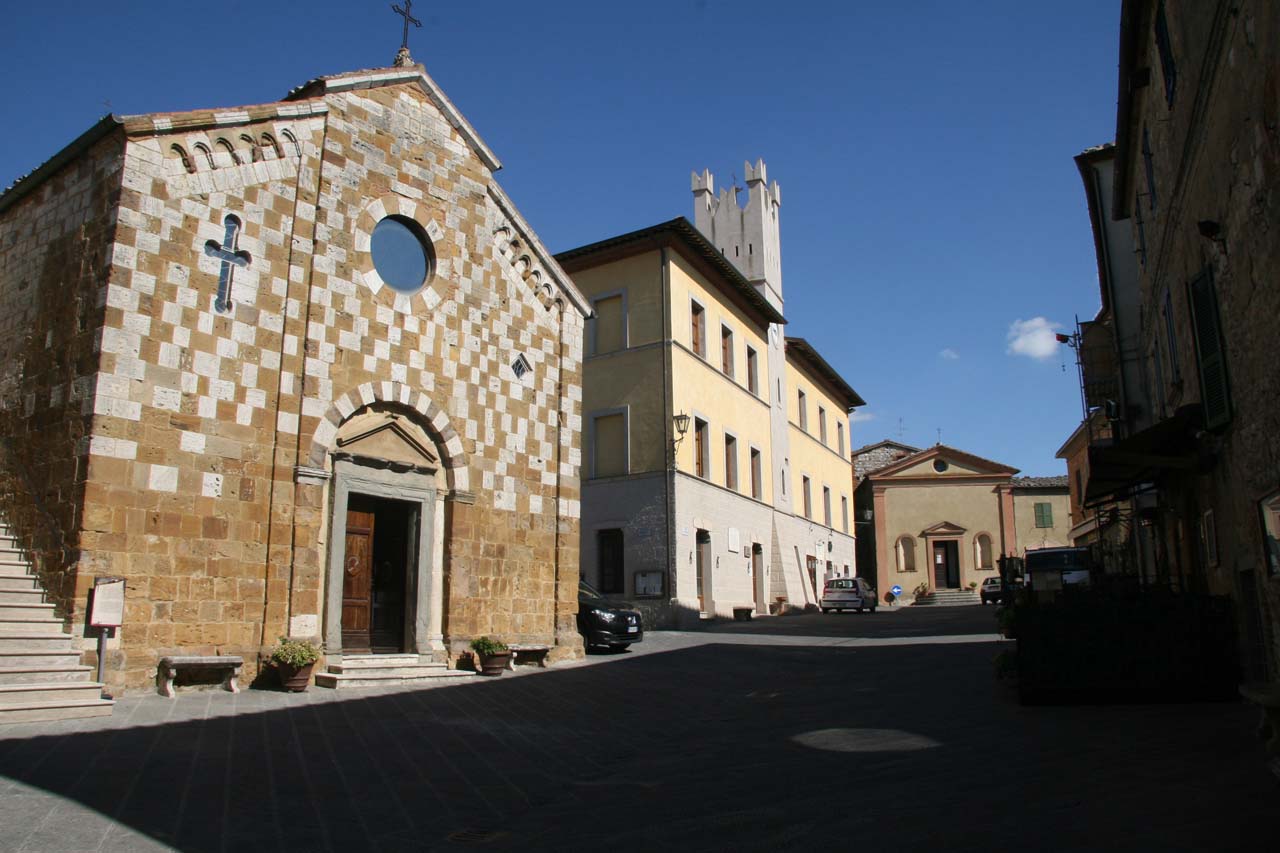 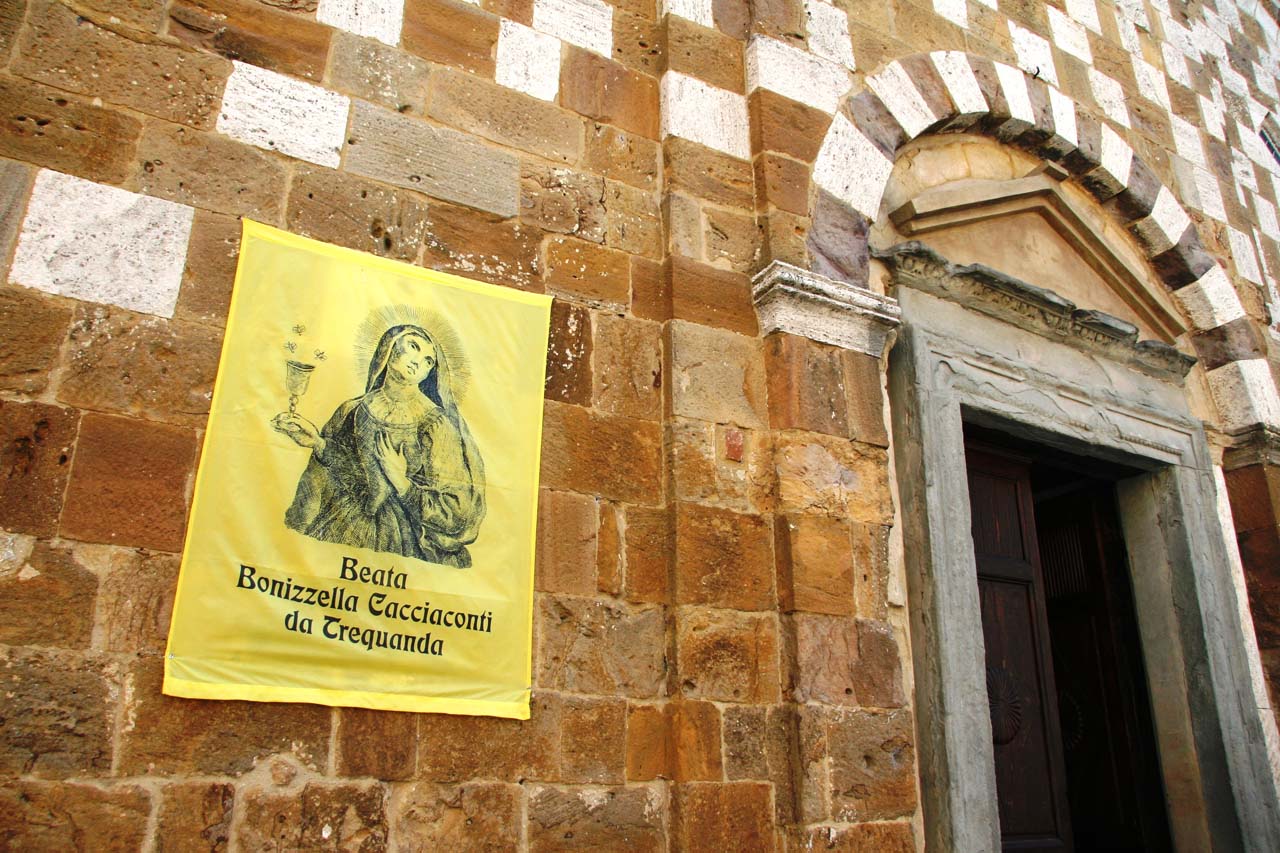 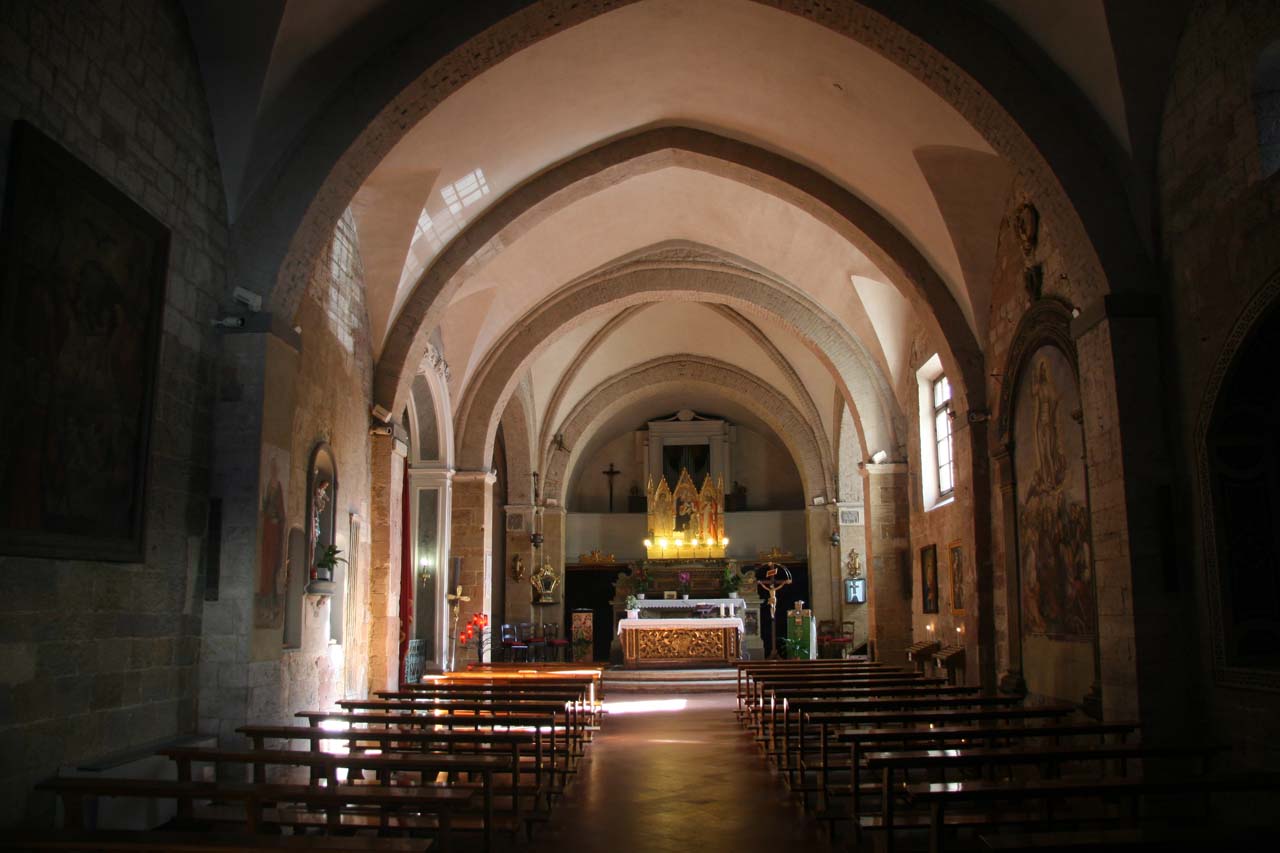 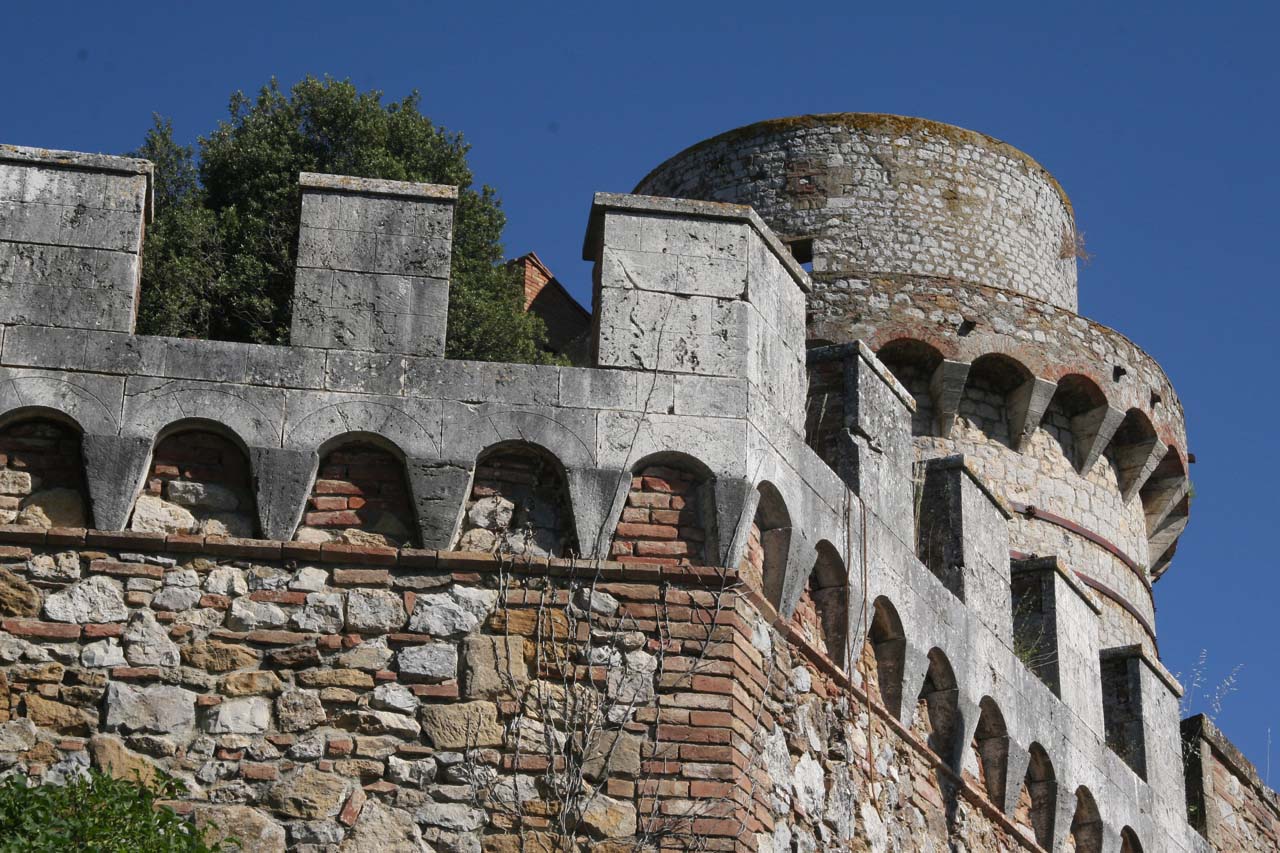 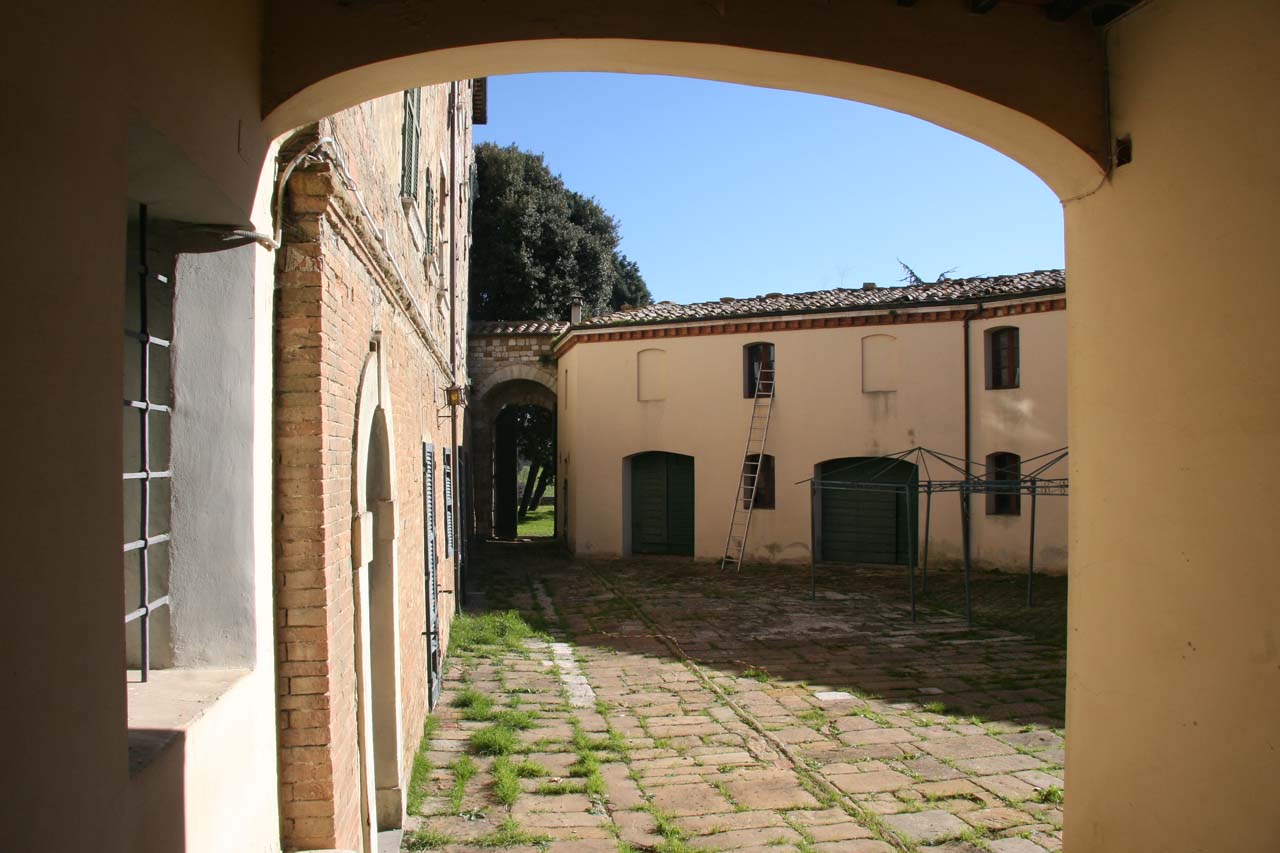 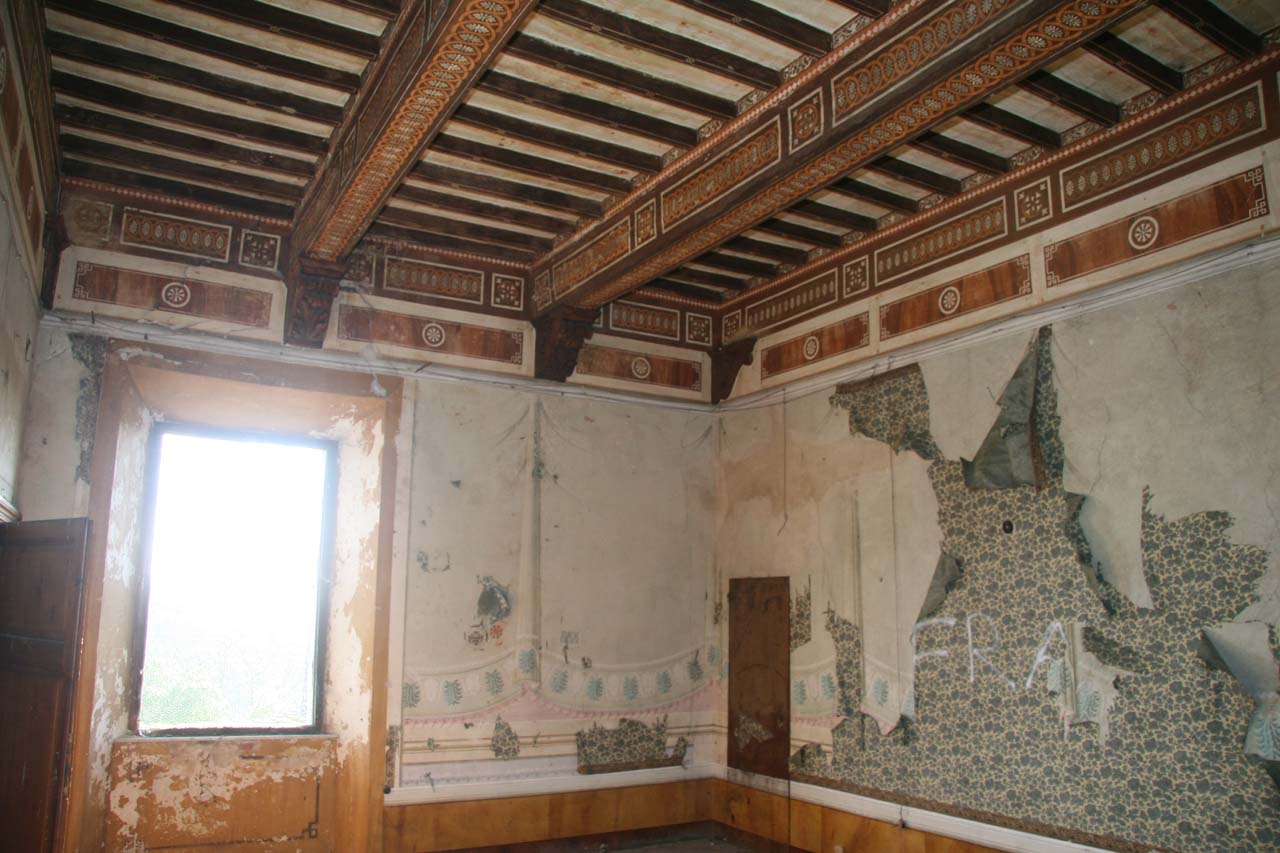 The origin of the name “Trequanda” is unknown. Some think it came from the name of the Etruscan hero “Takonte” or from the ancient word “treguarda”, recalling the three gates of the town, two of which remain. The town adopted a third interpretation: three cups, which is the symbol you will find on all the ceramic tiles identifying each doorway in the village.

The history of Trequanda goes back over 2,000 years to Etruscan times, but the medieval village you see today was primarily built from the 12th to 14th centuries. From 1100 to 1300, the village was under the control of the House of Cacciaconti della Scialenga. Owing to the number of feuds between various ruling families many hill towns were fortified. It was during this time that the Cacciaconti family erected a castle that still dominates about 1/3 of the area of the village. In the 16th century, Trequanda fell under the rule of the Republic of Siena. Later, after the collapse of the Republic of Siena, Trequanda was annexed to the Republic of Florence. The territory of Trequanda was later occupied by an army led by Napoleon Bonaparte, after which it again entered the Tuscan Grand Dukedom until the unification of Italy in 1861.

The castle was erected on the highest point of the town at a strategic location on the important road linking Chiusi and Siena. It was designed to protect the village during the wars of the Middle Ages and from roving marauders thereafter. The building complex is made up of the count’s palazzo (dominated by a majestic cylindrical round tower), the castle courtyard, a wide variety of domestic and agricultural spaces, including the large bread oven, and culminates on the west end in an eighty-seat theater. The building faces south over its terraced gardens, with excellent views of the surrounding countryside. The main entrance is from Piazza Garibaldi.

The castle is currently used only occasionally for special festivals, such as the Olive Festival in October of each year. However, plans are currently underway to restore the castle as an Italian cultural center. Planned are a Culinary Institute and Events Center, a Music Academy, and the Palazzo Arts Center, featuring workshops engaged in the restoration of important works of art and archaeological artifacts. Restoration work on the castle is scheduled to begin in 2020.

Church of Saint Peter and Andrew

Located on Piazza Garibaldi, this Romanesque-gothic church, with its unusual white and ochre checkerboard façade of alternating tufa and travertine ashlars, was built in the 14th century on the site of an even older church. The interior, with a single nave and transept, features a “Madonna and Child with Saints”, by Giovanni di Paola; two frescos, representing the “Ascension”, attributed to Sodoma and “Madonna and Child with Saints”, by Bartolomeo da Miranda; a 16th century urn carved in wood with the relics of the Blessed Bonizzella and a terra-cotta image representing the “Madonna and Child”, attributed to Andrea Sansovino.

The church also houses the remains of Beata Bonizzella. Born Bonizzella Cacciaconti to the powerful Cacciaconti clan, she lived between 1230 and 1300. She was “given in marriage” to count Naddo of Benuccio Piccolomini of Corsignano (Pienza), a member of the powerful Piccolomini family and relative of Pope Pius II. Upon her husband’s death, Bonizzella moved to Belsedere, a farm that still operates today just west of Trequanda. Bonizzella used her wealth to care for and protect the poor, the vulnerable, and the wounded. Her uncorrupted body was discovered entombed in the church wall in 1500, when bees were seen swarming out of the wall, leaving a pure beeswax goblet in her hands. Many miracles have been attributed to Bonizzella. Trequanda celebrates Bonizzella the second week of May with a pilgrimage to Belsedere and other activities.